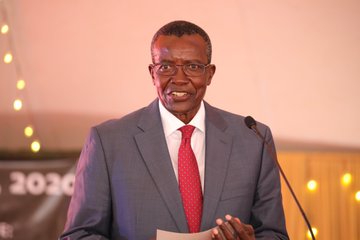 The Children’s Court has dismissed an application by a woman who was seeking child support from Chief Justice David Maraga.

The woman wanted child support for a six-year-old child she claimed was sired by the Chief Justice following an alleged affair in 2013.

According to Maraga’s lawyer Danstan Omari, the accuser and mother of the daughter alleged to have been sired by the CJ failed to show up in court.

Onyancha, is remembered for causing drama in court last month, while wailing in tears said she had been filing documents in court without response.

Responding to the accusations, Maraga termed them mere propaganda saying the birth certificate presented was fake.

CJ Maraga’s lawyer said the documents including the child’s birth certificate were a forgery but his client will not pursue any defamation against the woman.

The magistrate marked the case closed.