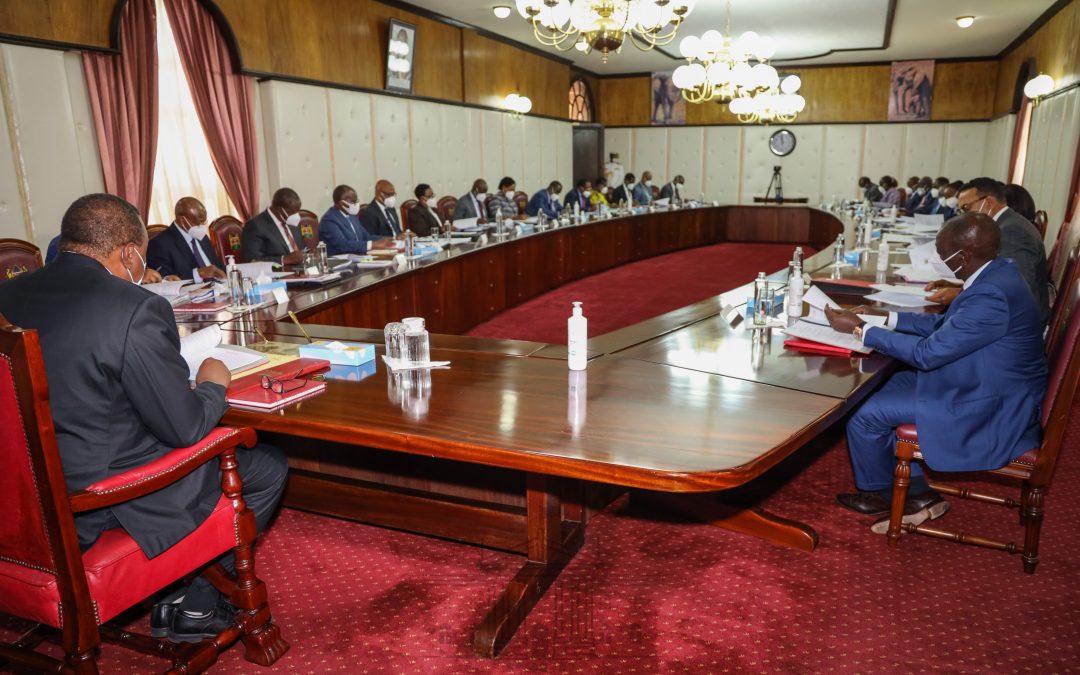 The government has established a multi-agency team on Public order, to enforce and uphold the directives issued by the National Security Advisory Committee (NSAC) on Wednesday regarding restoration of public order.

The Cabinet, chaired by president Uhuru Kenyatta , resolved that the multi-agency team on public order shall be convened by the Ministry of Interior and Coordination of National Government, and consist of representatives from the ministry of interior, Office of the Attorney General and department of justice, Ministry of ICT, National Intelligence services, National Police Service, Directorate of Criminal Investigations, the National Cohesion and Integration Commission, ICT authority and the Communications Authority of Kenya.

According to a statement from statehouse, the Primary term of reference for the multi-agency team on public order shall be to monitor, document and enforce compliance with the prescriptions and directives with respect to the conduct of all public meetings and processions, the permitted processes for media broadcasting, publishing and reporting, and the responsible conduct of persons using social media.

During the session, Cabinet noted with concern the growing political tensions that have exacerbated partisan divides and threatened peace, security and harmony within the country over the last month. This happening after the Government progressively eased the containment measures put in place to stem the spread of Coronavirus disease.

The fast-evolving situation now said to have threatened to derail the delivery of the Administration’s transformative agenda for the Country; as well as jeopardize Kenya’s image and place within the community of nations, which has been recently uplifted by Kenya’s membership of the United Nations Security Council as a non-permanent member.

On Wednesday, the National Security Advisory Committee, headed by head of public service Joseph Kinyua, released a raft of measures to curb violence and hatespeech, amid rising political temperatures in the country.

The advisories have been informed by the latest political chaos witnessed in various parts of the country.