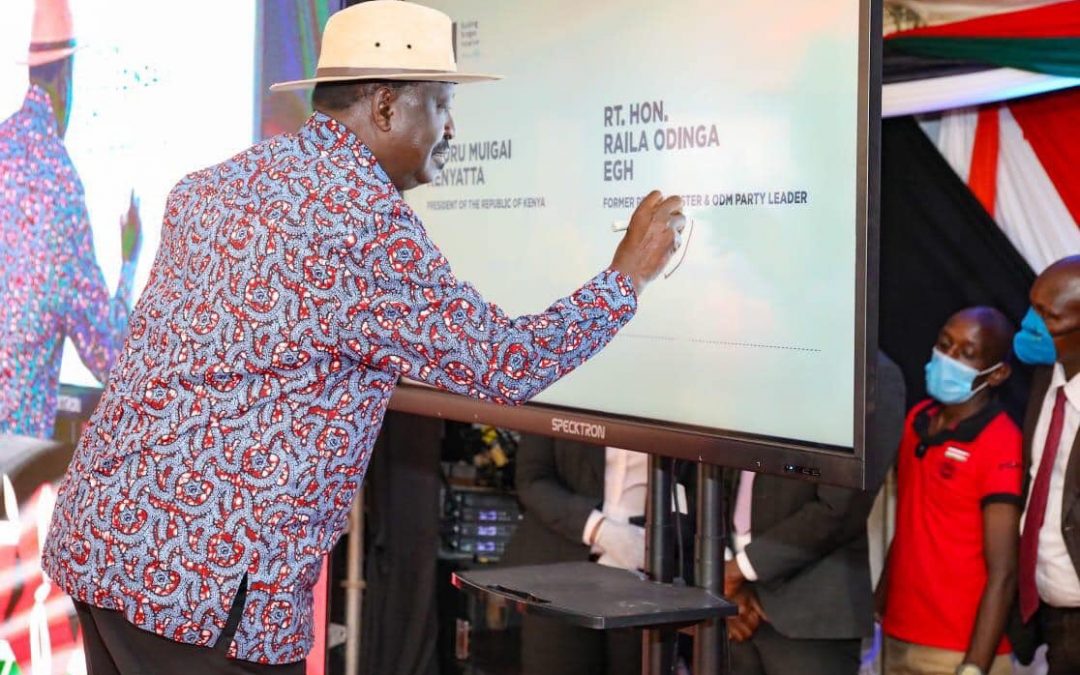 The Building Bridges Initiative (BBI) secretariat has said it has so far collected 1.5 million signatures with the secretariat co-chairs former MP Dennis Waweru and Suna East MP Junet Mohammed saying they expected it to hit 2 million by Monday night.

Barely a week after the BBI signature collection exercise was launched by President Uhuru Kenyatta and his handshake partner Raila Odiga, at least 1.5 million Kenyans have so far appended their signatures in favor of the proposed BBI constitutional amendments.

The 1.5 million signatures collected so far include those appended on the online app.

The BBI secretariat led by Co-chairs Junet Mohammed and Dennis Waweru on Monday expressed optimism that more signatures will be collected Thursday.

The BBI signature collection drive has continued to receive overwhelming support from leaders across the country who have been rallying Kenyans to endorse it.

The Constitution requires such initiative to have an endorsement of at least one million signatures from registered voters, which must be verified and approved by the Independent Electoral and Boundaries Commission (IEBC).

Meanwhile, a section of politicians across the country are spearheading the signature collection drive.

On Monday, ANC Party leader Musalia Mudavadi launched the signature collection drive for ANC members even as he called on Kenyans to come out and support the BBI initiative.

Mudavadi who was flanked by legislators allied to the party said they saw no need of opposing the Bill since their proposed amendments had been taken on board in the final document.

In Meru County, Governor Kiraitu Murungi launched the drive where he intimated that BBI will bring peace and prosperity.

He asked leaders and all people of Meru to support the process for the region’s maximal benefits and increased negotiation capacity with the national government.

Elgeyo Marakwet Governor Alex Tolgos who is also the Rift Valley BBI Chairman led residents in the collection of signatures at the County Commissioner’s office, where he appreciated the change of heart by a section of Kalenjin leaders who are now supporting BBI saying Rift Valley will gain from the process.

A similar exercise was held by West Pokot Governor John Lonyangapuo at Kishaunet Grounds. He urged residents of his county to ensure the BBI document sails through by signing it as fast as possible and in big numbers adding that the document should not be politicized since it has a greater good for the common man and aims at developing the county further through increased resources.