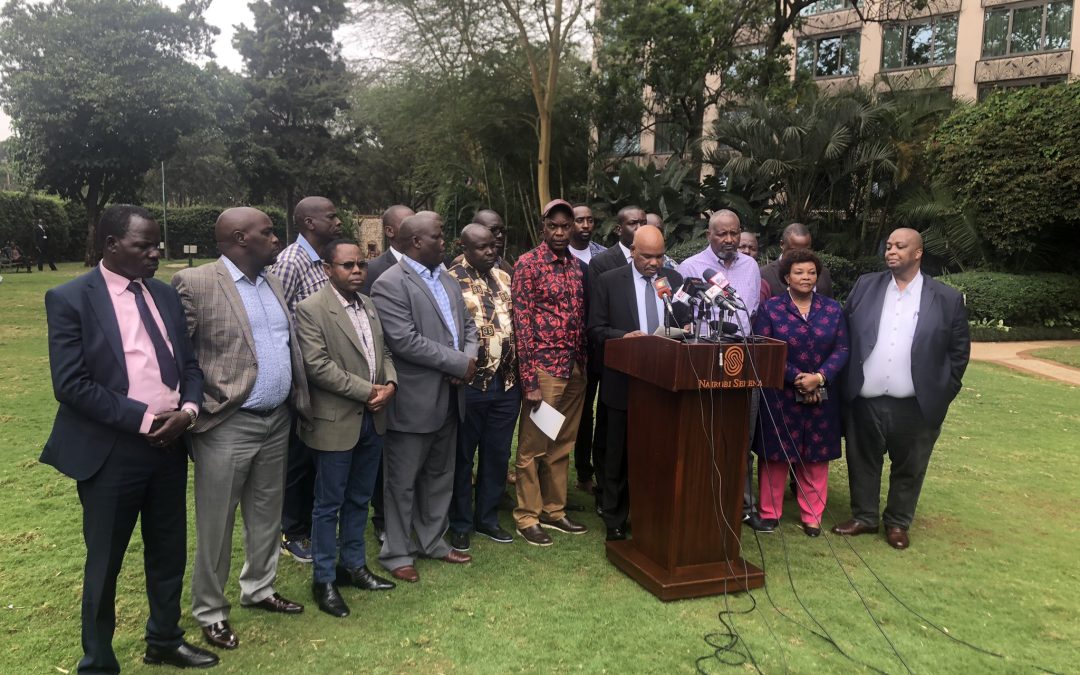 Parties under the Azimio La Umoja and One Kenya Alliance have today formed a working partnership towards the general elections.

The Secretary Generals of the constituent parties have signed a cooperation agreement and deposited the document with Registrar of Political Parties this Afternoon, signaling the official launch of the party.

During a press conference in Nairobi the members of both coalitions said that they have agreed to work together and the decision that will come out of their union is the one that will give them maximum votes.

The parties have pledged to give their team leader, Raila Odinga, the necessary support to actualize his Presidency.

Wiper Secretary General Shakila Abdalla  said that they signed the agreement of the coalition and said they will work together to further the agenda of the coalition which is to unite the country.

KANU party Secretary General Nick Salat stated, As Azimio La Umoja One Kenya Party, we are now going for the real politics. We will speak with one voice. We will give our team leader, the RT Honorable Raila Odinga, the necessary support to push him to the presidency of this country”.

The new outfit is scheduled to hold its first rally in West Pokot.