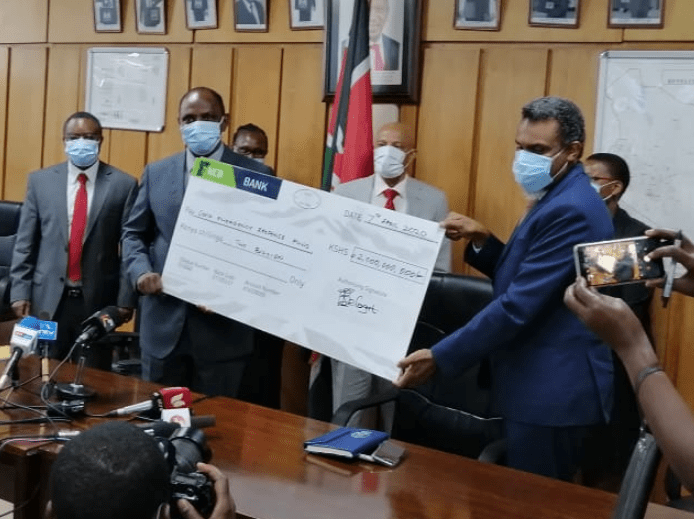 The office of the Director of Public Prosecutions (DPP) and the Ethics and Anti-Corruption Commission (EACC) has donated presented a donation of Ksh.2 billion to the National Treasury as part of efforts to beef up the Covid-19 emergency fund.

The funds were part of recovered proceeds of crime such as corruption and money laundering.

DPP Haji has said the prosecution fund established last year had so far netted Ksh.2.9 billion, from which the Ksh.2 billion presented to Treasury had been retrieved to aid in the fight against the novel coronavirus.

EACC boss Twalib Mbarak, on his part, has said the money is a product of plea bargaining.

The EACC CEO has added that the war on corruption is still ongoing, further expressing confidence that it will bear fruits and more public resources illegally held in terms of land and property will be recovered and reverted to the government.

Treasury CS Ukur Yatani has commended the two State agencies for the move, also urging others to follow suit and channel some funds to the Covid-19 emergency kitty.

Yatani has also revealed that the Treasury had received a pledge of Ksh.7 billion from the Sports fund as well as other individuals, organizations and State agencies.

This comes just a day after the president ordered the release of Ksh 2 billion to support to the poor, the vulnerable and the elderly as the country continues the fight against COVID-19.