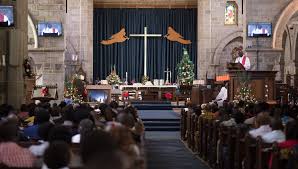 KAMA coordinator Bishop Jonah Koskey says the rallies have been used
to sow discord among Kenyans rather than uniting them.

Koskey claimed Kenyans are now more divided like never before, and
there is need for urgent intervention.

Speaking in Kapsabet town, he noted as a church they will take a back
seat as a few people use the initiative for their own selfish
interests.

Reverend Emmanuel Ronoh of St Peter’s ACK Parish on his part faulted
the use of secular songs during BBI rallies, saying that is demonic
and should be stopped.