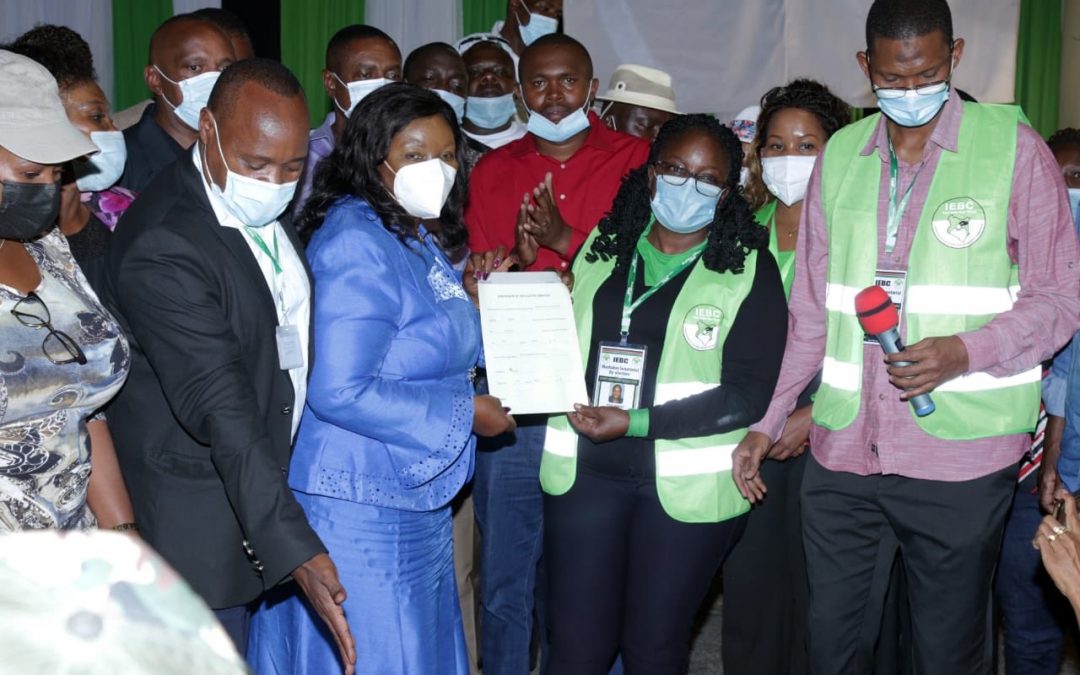 Kavindu  garnering 104,352 votes in the Thursday by-election, marginally beating her closest challenger, , Urbanas Ngengele of UDA party , who got 19,762.

Maendeleo Chapchap Party candidate s Mutua Katuku, who withdrew from the race in the last minute , but was on the ballot, garnered 1,476.

The mini polls attracted 11 candidates, and was conducted in 11 wards in 8 constituencies in the county. A total of 622,965 voters are registered in the county.

Announcing the final results, the  Machakos IEBC returning officer Joyce Wanyama said the voter turnout in the mini poll was however a paltry 20.95% of the total registered voters in the county.

In her acceptance speech, Kavindu thanked the Machakos  residents  for their votes.

“It was a great competition between my wonderful worthy opponents and me. At the end of the day it is not I who has won but all of you who have voted for me. Your confidence in my qualifications and ideas assure me that I am on the right track”, she added.

Wiper Party Leader Kalonzo Musyoka also hailed the win by Kavindu , and thaned the people of Machakos for their overwhelming vote in favour of the Wiper Candidate.

“This is your win! congratulations! I dedicate this victory to God Almighty”, Kalonzo posted on his social media page.

“A great day for women in leadership as congratulations are also in order to Hon Agnes Kavindu on her landslide victory in the Machakos Senatorial by-election. Her win demonstrates the confidence the people of Machakos have in her”.