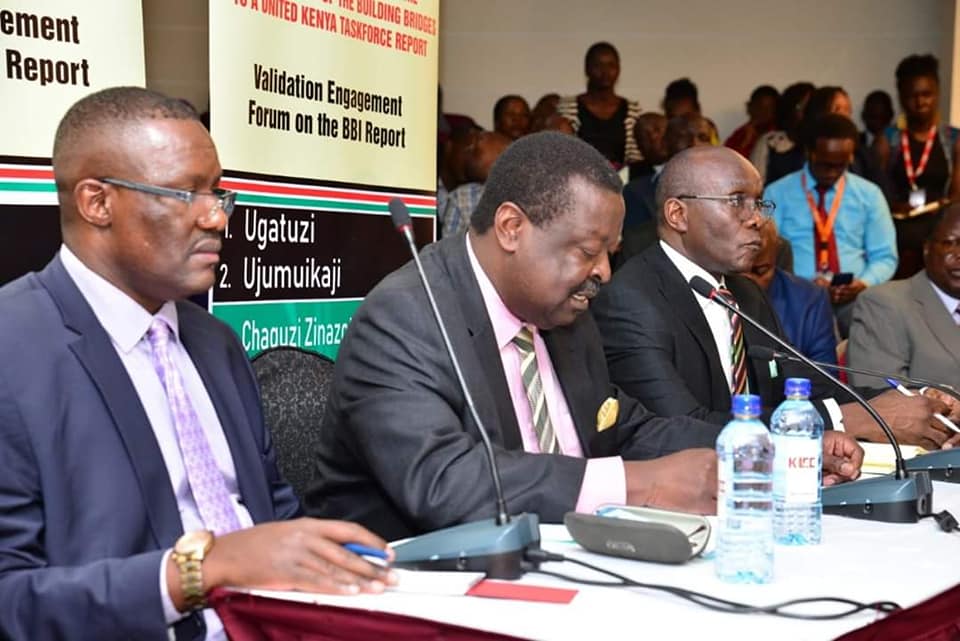 Appearing before the steering committee on the implementation of the Building Bridges Initiative, the party led by Musalia Mudavadi recommended the appointment of a Prime Minister from the President’s party and backed by one or two deputies. The party has also proposed the creation of the office of an opposition leader who will be keeping the government in check.

The ANC party has however raised concerns over the relationship between treasury and the debt management office. Party leader Mudavadi recommended the strengthening of the assets’ recovery, adequate funding of the judiciary and frequent lifestyle audits. He further proposed an establishment of independent public debt management authority to manage public debt at national and county levels.

The ANC leader stated that the current tax regime is a hindrance to economic growth, fueled by corruption. He also called for a lifestyle audit and address youth affairs at both national and county levels.

Mudavadi has also   proposed for the reconstitution of the Independent Electoral and Boundaries Commission (IEBC). At the same time, he recommended that the government provides adequate funding to the IEBC drawn directly from the consolidated fund to avoid executive mischief. He said, the IEBC in return, should be compelled to publish full electoral results within the election petition time frame for transparency.