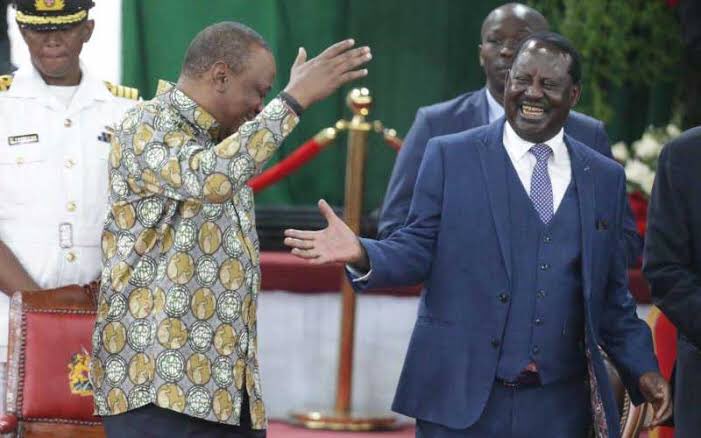 A whooping 20 County assemblies have today passed the Constitutional Amendment Bill, known as the Building Bridges Initiative (BBI ) Bill, bringing to 32, the total number of counties to pass the Bill , and largely surpassing the 24 counties threshold to sail to a referendum.

The 17 counties now join the 12 county assemblies that had passed the Bill by Monday, 22nd of February, 2021.

This now paves the way for the Bill to move to the national Assembly and the Senate for discussion before the referendum stage.

Kirinyaga, Nyandarua, Garissa were among the 16 assemblies that approved the Bill which proposes constitutional amendments.  Kakamega County set the pace for others in passing the Bill during the Super Tuesday vote. Others to okay the Bill are Narok, Makueni, Nyeri, Mombasa, and Nakuru.

County speakers of the various assemblies are expected to communicate to the speakers of the national assembly and the senate on their decision to pass the bill which has been rejected by only one county Baringo.

In  Mombasa County the Speaker Harub Khatri said that they would support the Bill in a unanimous way after determining that the Bill is beneficial to the Counties.  Speaking to reporters before debate, Khatri said Mombasa will take advantage of the opportunity to benefit from the gains Bbeing proposed in the bill.

Lamu County with 20 MCAs Taita Taveta with 33 MCAs is among the Coastal counties that have passed the Bill. Unanimously.   Kilifi County will participate in the voting process on Friday after technical delays in gazzetting the special sitting today.

With 34 County Assembly Members, Kwale County is today conducting the public participation while Tana River County is expected to do so later.

Nyandarua County Assembly approved the Bill after the barring of its speaker from conducting the vote in a decision held by the High Court.

The BBI debate was earlier suspended following the high court decision but the assembly later appointed an interim speaker.

The ousted Speaker had made his way to the chambers ready to conduct the Constitution Amendment Bill 2020 which was before the assembly.

In upholding the impeachment of Ndegwa, Justice Hillary Chemitei ruled that the former speaker was unfit to preside over the debate Bill after being impeached on accusations of gross misconduct.

This is the moment the County Assembly passed the Bill.

Nyandarua Assembly Service Board Member who is also Shamata MCA Gitau Njamba confirmed the upholding of Wahome’s impeachment by the court.

In Nakuru County, the assembly passed the Bill today with 62 Members giving it the nod, 11 voting no while three members were absent.

Bomet County is conducting a public participation exercise on the BBI proposed law engaging members of the public from the sub counties to make contributions.

Speaking to the press, Speaker Nelson Mutai says that members of the County Assembly have been taken through the contents of the Bill so as to inform wananchi.

He has said that after the exercise, they will table the report of the views raised by the residents which will form the basis of how they will vote will proceed in the assembly.