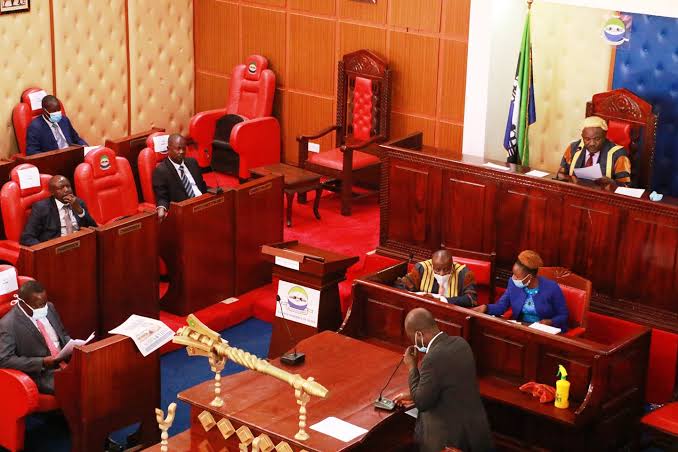 Three county assemblies have today given a nod to the Constitution Amendment Bill 2020 known as the BBI, bringing to 6 the number of counties that have so far voted for the bill. Busia and West Pokot Counties became the fourth and the fifth counties respectively to pass the BBI Bill this morning. Later on, the Trans Nzoia County assembly passed the bill, leaving 18 more county assemblies to vote for the bill to allow it sail to the referendum stage.

In the Busia County assembly, 53 MCAs supported the Bill against 1 opposed the bill during the voting. Residents also lauded the public participation undertaken, saying they are satisfied withe the provisions proposed in the BBI

In the West Pokot County assembly,the vote for the Bill was unanimous.County Governor John Lonyangapuo and Pokot South MP David Pkosing attended the session where the BBI Bill was passed. West Pokot effectively became the first County assembly in the Rift Valley region to pass the bill after Kericho and Baringo county assemblies voted to reject it.

In the evening, the Trans Nzoia county assembly became the second in Rift Valley to pass the constitutional amendment bill, with 34 MCA’s voting yes and one MCA voting no to the bill, with 3 abstentions. Assembly Speaker Joshua Werunga said it was his divine duty to witness the passing of the document that assures the country development and people-centered leadership.

Three other county assemblies, Siaya, Kisumu and Homa Bay have already passed the Bill. The counties are among the 4 counties in Opposition leader Raila Odinga’s strongholds, with Migori county assembly expected to follow suit.