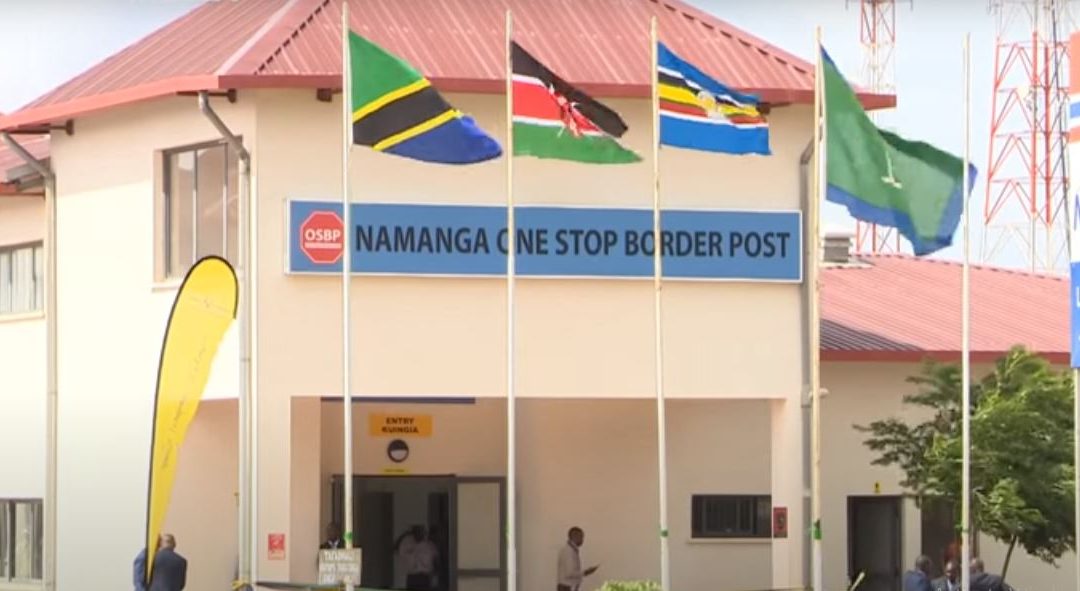 The government will put up a mobile testing laboratory in Namanga border post within the next one week to be used to run Covid 19 tests for truck drivers.

The facility according to health Chief Administrative Secretary (CAS) Dr. Rashid Aman will be key in surveillance and monitoring of the virus in this region, an area that has now been classified as high risk based on Covid-19 positive cases detected at border crossing points.

The mobile lab from across the border that is courtesy of East African Community programme within EAC, the CAS said aims at improving disease surveillance between member states and has come at the right time.

“Through this programme, we will receive 2 mobile laboratories for Kenya and will be used for molecular work and testing for Covid and hopefully within the next one week one lab will be in Namanga to address the testing of track drivers in that area”, he said ,

The CAS explained that for the testing programme which encompasses several testing centres spread across the country, the government has developed resource plans and earmarked resources for testing.

“The Testing levels have continued to increase despite the constraints of re- agents but now our testing ability will not be constrained because of buying re agents but will be due to access of the rea gents”, he said

Dr. Rashid said on Tuesday, the government received a consignment of 8,000 tests kits and by the end of day today we get 18,000 more as well as others which are in the pipeline.” At the end of the month and also another consignment in the month of July will be sufficient for us to do targeted testing even as we focus on border point of Namanga “, he said

The government the CAS noted has so far tested 35,432 samples in the country for covid 19 and on Tuesday the team was able to test 1516 samples out of which 22 people tested positivie for corona virus

The total number of confirmed cases as at Wednesday are 737, with 21 being Kenyans while 1 is a Ugandan national.

The government, he noted has also gone ahead and collected samples from truck drivers from Tanzania and out of the tested samples 25 people have tested positive for Covid, 23 from Tanzania, 1 from Rwanda and 1 from Uganda.

“We are carrying out these tests of the track drivers on the Tanzanian side and they remain on that side”, he clarified.

On the 22 cases, Nairobi has 10 cases, Mombasa 8 cases Kajiado has 3 and One from Bomet which now has joined the ranks of Counties that have recorded positive Covid cases.

The spread of Covid in Estates has seen Embakasi in Nairobi recording 4 cases, Kamukunji has 3, Kibera 2 and KNH has 1. In Mombasa, 7 cases are from Mvita , and 1 from Nyali.

Meanwhile. Dr. Rashid has warned some of the youths who under the National Hygiene Initiative programme are forcefully demanding money from individuals within their neighbourhoods while others are harassing and robbing commuters under the pretext that they are not wearing masks or not observing social distancing.

“While the intention is noble, it is being implemented in the wrong way. I want to remind our young people that they are the ones who should lead in this fight, but only in the right way. Should they continue to behave in this manner, we run the risk of lowering the level of compliance, which has the potential to negate all the gains so far made”, dr. Rashid Said

Businesses that also operate within the areas were movement has been restricred especially counties in the Coast and North Eastern regions and localities within the cities of Nairobi and Mombasa have also been put on notice.

“This businesses are taking advantage of the situation by hiking prices of commodities and other essential goods that they are selling. This is totally immoral as they try to profiteer out this pandemic. I want to appeal to these vendors to be more considerate as these are not normal times. These are the times when we must be each other’s keeper”, he said .

Ag. Director General Ministry of Health Dr. Patrick Amoth said testing at the border is imperative for the governments along the borders in accordance with the WHO guidelines saying that even as Kenya continues to test and report , likewise they expect the neighboring countries to also do so as Members of WHO.

On the Mobile Laboratory that will be set in Namanga border points, Dr. Amoth said it will address the snarl up at the border and ensure seamless movement of cargo from our neighboring country.