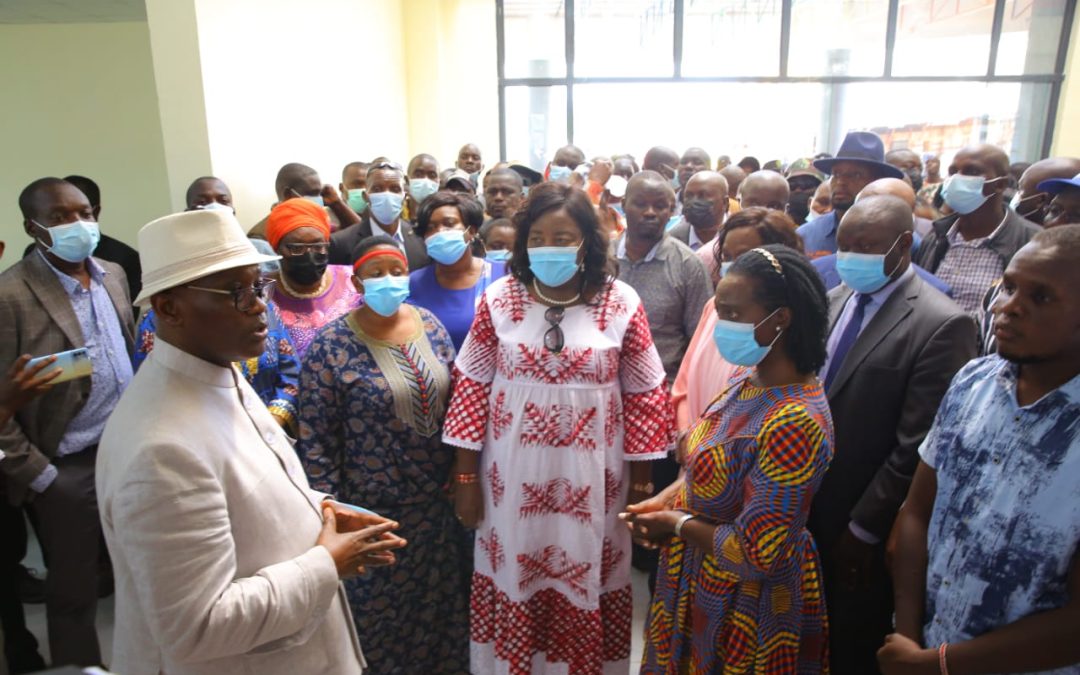 Azimio la Umoja presidential candidate Raila Odinga’s wife Ida and his running mate Martha Karua have condemned the increasing cases of violence against women in the country, as they launched the Kisii County Gender-Based Violence and Drug Rehabilitation Centre at Daraja Moja in Kisii county.

Kisii County Governor James Ongwae welcomed Ida and Karua at Sports Club before taking them to the Gender Recovery Centre at Daraja Moja which they inaugurated.

The Centre  that will serve as a rescue haven for gender based victims, has been funded by the office of the Woman Rep, Janet Ongera  at a cost of Sh27 million

“The Kisii Gender-Based Violence Center, which will support survivors to access treatment, find justice & get back on their feet. This is in line with Azimio la Umoja objective of gender parity and safety for all”, Karua stated.

The two called on both genders to tame their anger to stem the escalation of gender-related violence cases at home.

“It is traumatizing witnessing the aftermath of violence in Kenyan homes. We should have conversations aimed at ending the scourge,” said Mama Ida.

Karua said violence at home was a result disorder that needs to be treated.

“Some cases are a result of mental disorders which need to be treated. We believe such centres as this can play a big role in attending to vulnerable incidents, the same we have seen today,” she said.

The County Woman Rep Ongera said GBV cases in Kisii had been on the rise with the county ranking third in the cases, adding that the Gender Recovery will boost the efforts by her office to fight the scourge.

The leaders also officially opened the Doctor’s plaza and Mother Child Hospital (MCH), the largest mother and child hospital, at the  Kisii Teaching and Referral Hospital.